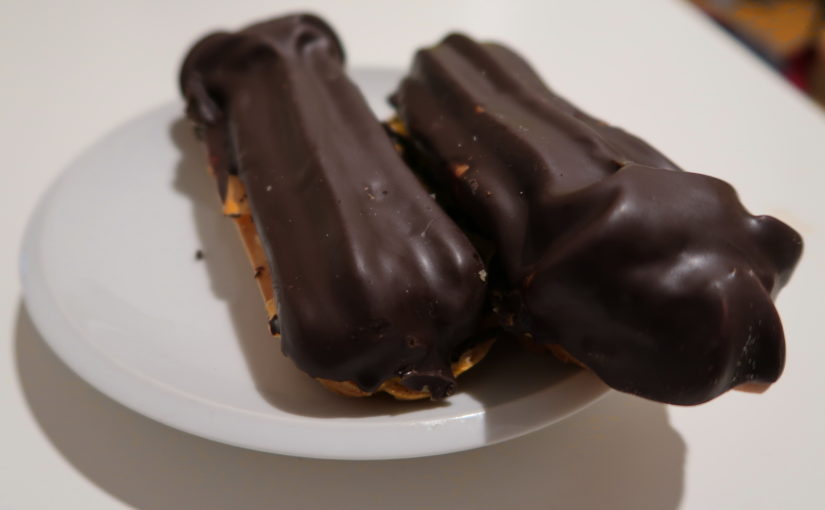 I was feeling terrific this afternoon, so I decided to treat myself to a horrendously unhealthy but equally tremendously yummy dinner of chocolate eclairs.

I went to the bakery and they had two left. The friendly Turkish man by the counter (who I had never met) asked me what I’d like and I said “Ich hätte gern zwei Eclairs bitte!” (gimme two eclairs!). He started to package up the two eclairs for me when I realised that perhaps the gods didn’t want me to have just eclairs for dinner as I realised I was totally out of cash (ze Germans don’t understand how to pay via normal methods). So I apologised and said I didn’t have any money. He then told me that wasn’t a problem, and with a big friendly smile, he told me I could just come back in the morning and pay then.

He had no idea who I was, if I was trustworthy, or anything. Freakin’ sweet! Literally sweet! Just like my dinner 😀